In autumn 2019, Earth Company’s call for Impact Hero 2019 received applications from 56 changemakers from all across the Asia Pacific.

In what is probably the most humbling and difficult decision we make each year, we pored over all 56 applications, whittling them down to a shortlist of 5 exceptional candidates, and then, finally, selecting the candidate to become our next Impact Hero.

It is not an exaggeration to say we were blown away by the incredible work being done by all five finalists, but it is with the thrill of great expectations for the years to come that we announce to you our… 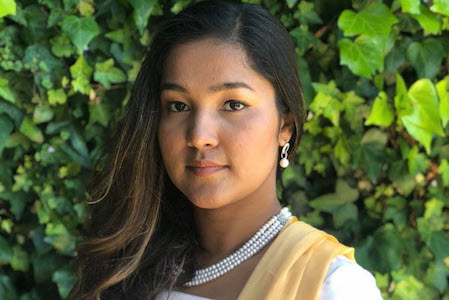 Age just 18, Wai Wai was sentenced to 17 years in prison. Her crime? Her father was a Member of Parliament for the political opposition in Myanmar. During the 7 years she ultimately spent imprisoned, Wai Wai met many women that were victims of poverty, coercion, or both. This motivated her to start her own organization, once freed.

Wai Wai now works on uniting divided ethnic and religious groups in the country through her organization. Women Peace Network runs a youth center with classes ranging from English language, social science, advocacy, to leadership training. A typical class consists of 14-20 students, mostly in their twenties. Classes range in duration; some run for a weekend, ten days, or even for a full month.

Women Peace Network has been able to produce young leaders who dedicate their time to social activities and building trust and peace among their communities, thus building solidarity among the minority segments in Myanmar.

Why did Earth Company choose Wai Wai as our Impact Hero 2019?

For many, a past like Wai Wai’s would be tough to overcome. And yet, she has managed to not only survive, but to leverage her past experience – including 7 years spent in prison for her father’s political stance – and transform it into her motivation and driving force to create change. There are few Rohingya activists who have gained respect from the wider Burmese population like she has, and this puts her in a unique position to influence change.

Wai Wai has recognised the potential she has to create this change and is an intelligent, conscious leader with a rare ability to transcend ethnic barriers. She is also rare in her strategy to combine both a bottom-up, grassroots approach through her NGO in Myanmar, whilst also embracing top-down initiatives by engaging at a government level, including numerous appearances at UN and other international conferences.

Though in great demand as a speaker on the international stage, she has received little support so far to stabilise and expand the grassroots initiatives of her NGO, and is looking for management coaching to help her do so. We believe Earth Company can provide her with the support she needs to grow both as a leader and changemaker, and maximise the potential of her organization. 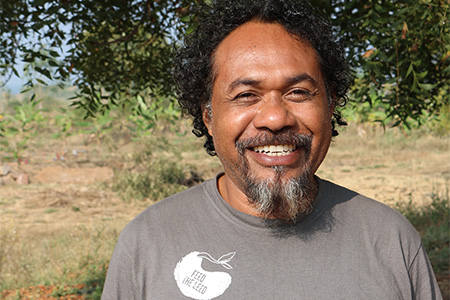 Ego was inspired to transform Timor-Leste’s agriculture and leverage its rich natural resources after seeing environmental degradation and over dependence on food imports. His mission is to create a sustainable economy, strong society, ecology and culture to guarantee the sustainable use of our natural resources, and he has already successfully convinced the government to include permaculture and agroecology in primary school curriculums, thus establishing permaculture gardens in schools nationwide. 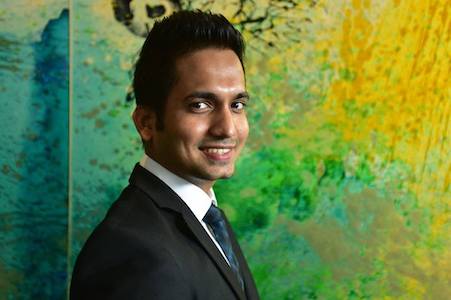 Born and raised in a tropical country, over the years Sasiranga noticed rapid variations in temperature with unusually warm seasons in Sri Lanka, with authorities noting that the rice cultivating seasons have shifted and diseases caused by air pollution have increased. These observations motivated Sasiranga to study climate change and do his part as an engineer to ensure a healthier and sustainable future is left for generations to come.

When working at General Motors, Sasiranga came up with the idea of electrifying tuk-tuks, three-wheelers found in many Asian countries. Sasiranga now manufactures electrical conversion kits to transform gasoline-powered vehicles into electrically powered tuk-tuks. He estimates that converting tuk-tuks to run on electricity will reduce each unit’s CO2 emissions by 65%. Estimations also demonstrate that tuk-tuk drivers would save $1200 annually by switching to electric tuk-tuks, thus improving their lives. 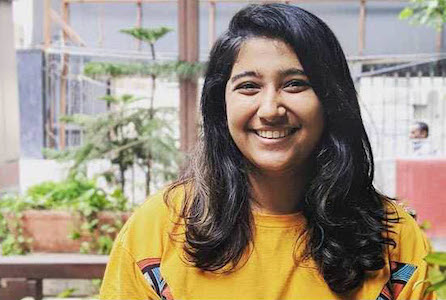 Garvita has been an environmentalist since she was 13 years old. She has led initiatives in schools and colleges across India to inspire and equip youth to become changemakers. The most prominent of her initiatives being Why Waste? that engages primarily with restaurants to optimise their water usage systems with a goal to change the mindsets and habits of people towards natural resources. Why Waste? has successfully reached over 500 restaurants across India, Oman, the United States, and the United Kingdom. Through her work with Changemakers Society and Ashoka’s LeadYoung program, Garvita was able to engage with over 40,000 youth internationally. 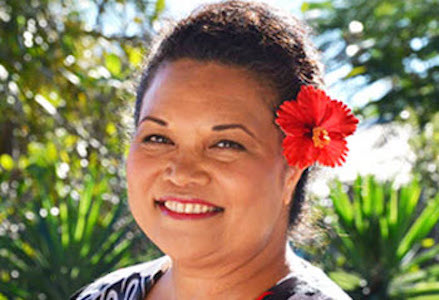 Lisa left Samoa at the age of 12 to study overseas. Recognizing that many Samoans do not have the same opportunity she was presented as a kid, she wanted to help the underprivileged in her community. Remote Samoan villages rely mainly on farming but can’t reach markets to sell what they grow, leading them to a vicious cycle of poverty, hopelessness, and despair.

To help these villages, Lisa brought the market to the farmers, driven to give locals their self-worth back. “Inner confidence builds better, sustainable futures.” Lisa’s organization’s impact model gives farmers access to the market by buying their crops and offering employment through its value-add manufacturing process for export products.

To receive updates through our newsletter!